Honored to be in Kissing Dynamite’s 32nd “Burn” Issue. If you want to know what inclusivity in literature looks like, check them out. Also, check out my “Featured Poet” section from last year. Kissing Dynamite publishes internationally, with poets from as far away as Nigeria. Their issues are in PDF, so you can download them and carry them with you, which you’ll surely want to do . . .

Utterly thrilled to win first place in the Wergle Flomp Humor Poetry contest this year. The poem, My Therapist Sez, was published in Diode Poetry last year and is the only poem with papaya salad, kundalini awakenings, multiple therapy sessions, and trick or treating in it. Adam Cohen and Jendi Reiter have been absolutely wonderful to work with, and they even engaged me to illustrate the poem. Check it out along with the other amazing winning poems on their site.

Here’s the main contest page with a list and links to the other winners (some great writing) and runner-ups (plus commentary by the judge, Jendi Reiter). And find the press release here.

Bending Genres just released their 22nd issue online with an eclectic mix of work. Happy to have a poem titled, “The Unbearable Inertia of Clothes” published. It includes divination, cane toads, the Tazmanian Devil, and musty clothes. Below is an excerpt, but read the entire thing (plus other interesting work) on their site.

Bending Genres also ranks as one of the more open journals in terms of edgy content and I thank Meg, Robert, Sara, and the other editors for giving some of my work a home.

Happy to have three poems in Anti-Heroin Chic today, one of my favorite journals that are building a publishing community around inclusivity and healing. These poems come with a content warning (abuse). What do Flint children, rockin’ motorcycle dude-dads, and white trash, small-town losers have in common? Well, this poet. Read them here and check out a slew of other interesting writing. 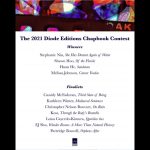 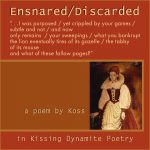 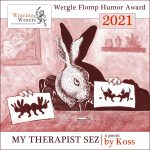 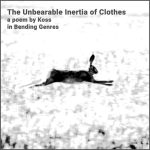 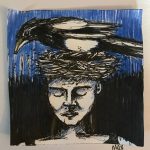 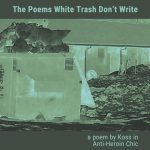